Antarctica, the great white continent, a place of grandeur and magnitude. 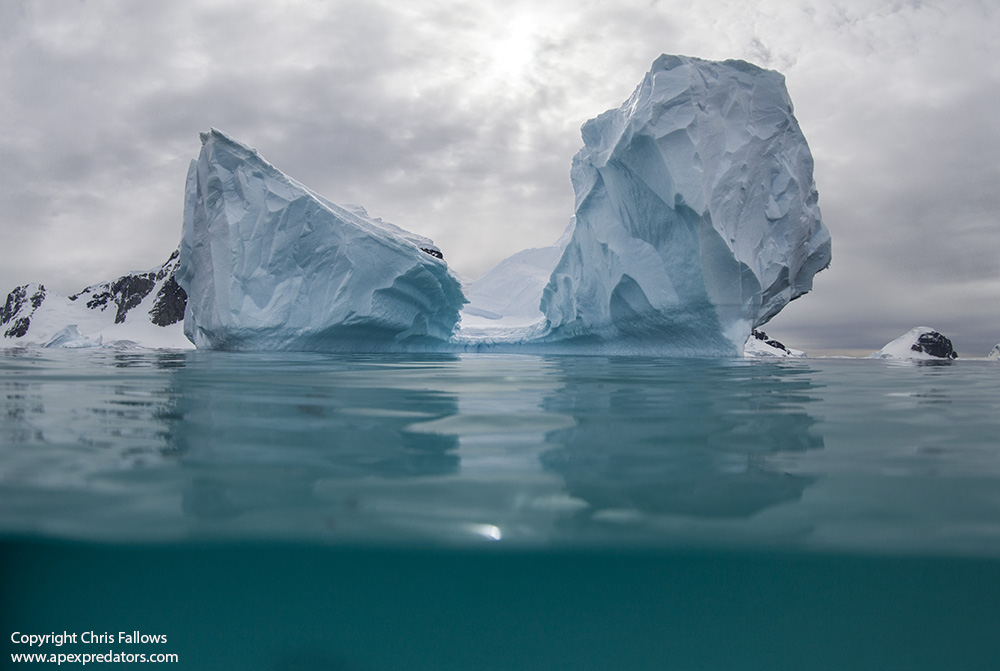 For all those lucky enough to have visited the coldest, windiest and driest continent on earth the sheer overwhelmingness of the size of everything is difficult to put into words. Mountains erupt from the shoreline thousands of feet into the air, their peaks adorned with powder puff blue hanging glaciers and at their base tens of thousands of sprinkled raison-like penguins of various species shuffle around. Tempestuous weather stirs the seas into a scene that looks like a milkshake machine out of control and amongst this chaos icebergs of all descriptions fight the loosing battle against the ozone hole. The bergs which can be miles long and hundreds of feet high change shape, color, and orientation as they slowly thaw out and wither away. To the passing observer there is an ever changing landscape of imaginative fantasy. Blue castles with cavernous openings and arches are completed with penguin encrusted flanks whilst spires of ice desperately claw the sky as they battle to stay upright. 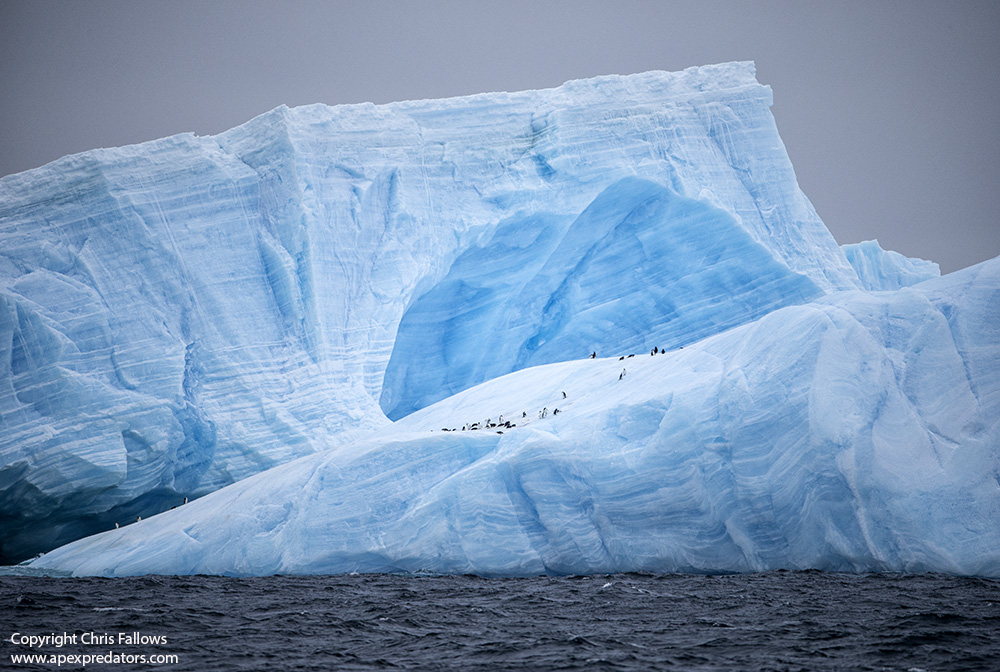 Having been lucky enough to visit Antarctica on a few occasions before I jumped at the chance to be able to snorkel around these frozen creations and see what was going on below the surface. We all know that the bulk of the ice berg is below the water, but how much exactly and what does it look like.

Although I had dived in water as cold as 4C with a wetsuit before, going sub zero was going to be new to me. Salt water melts below 0C and the thought of diving into a chest freezer for fun certainly does not appeal to everyone and on our expedition there were only 5 of the 50 odd passengers who were tempted.

Donning our specially designed light dry suits was actually pretty easy and the booties, hood and gloves that go over the dry suit all fitted well. In fact the only piece of flesh that is exposed is around your lips and under your nose.

As you enter the water it is quite pleasant, sure it is cold but not terribly so. Only after about 30 seconds does the icy water bite at your face and then quickly numbs it. Monique was quite excited by the fact that I could not talk properly and that my lips which looked like the red bumpers on bumper cars each worked independently of each other.

As I swam up to my first mini ice berg I could clearly see the shape underneath it, substantially larger than that above the water.

Under the berg a brownish tinge which I later saw was a swarm of feeding krill was the only life visible.

The bergs were rock hard, chiseled, worn and sculptured. 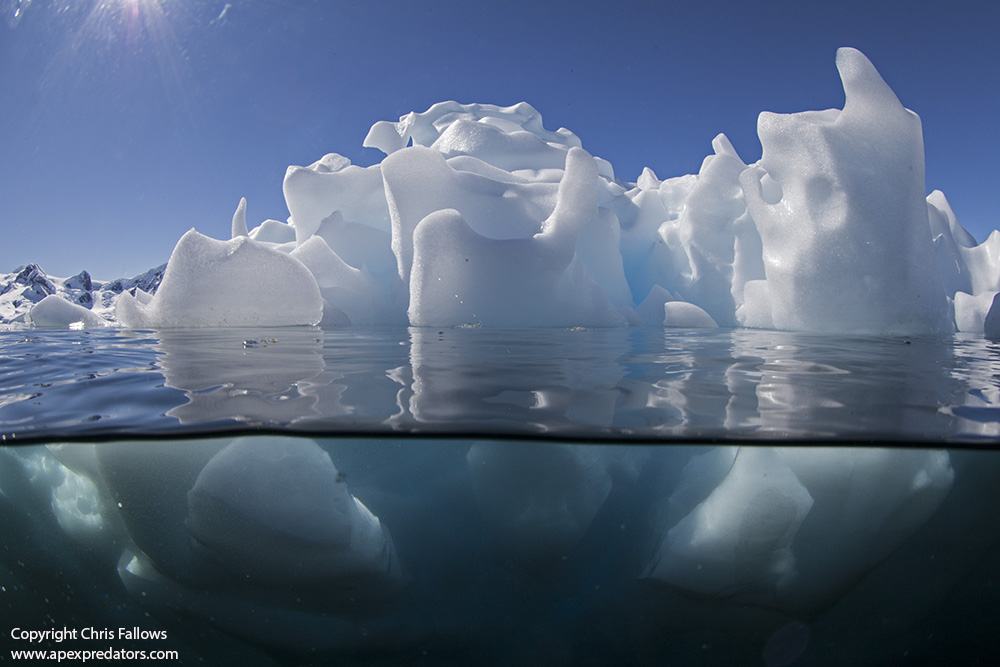 On one of our landings we had spotted an incredible bluish arched berg that was at least 25m high. I had to go have a look at it and was the only one in our group keen to check it out. I was dropped off our zodiac whilst the others went and climbed atop a smaller piece of ice a few hundred yards away. I was given strict instructions that under no circumstance was I to get too close to the berg or definitely not to swim through the hanging and rapidly melting giant arch way.

Hmm, I have never been that good at listening when it comes to anything involving adventure or something where my actions will not harm wildlife or another person and so with camera in hand I swam closer and took in the spectacular scene in front of, around and under me.

Having shot off dozens of frames of the monumental ice sculpture from a few yards away the young teenage boy’s mind inside me urged me to swim through while nobody was looking, ignoring common sense and my guide’s experienced words. I wanted the Darwin award for Polar idiot of the year and this was a solid opportunity. I moved forward and as I took my first stroke towards the arch a massive crack came from behind me as a chunk of ice half the size of a small car fractured off an adjoining berg about 15m away. The concussion of the ice slamming into the water went through me and quickly I came to my sense as the flood of adrenalin shook me to my senses. Quickly I swam away from the icy leviathan which had been waiting to gobble the idiot almost inside her gape.

I guess however a small part of me wishes I had swum under and through the berg! 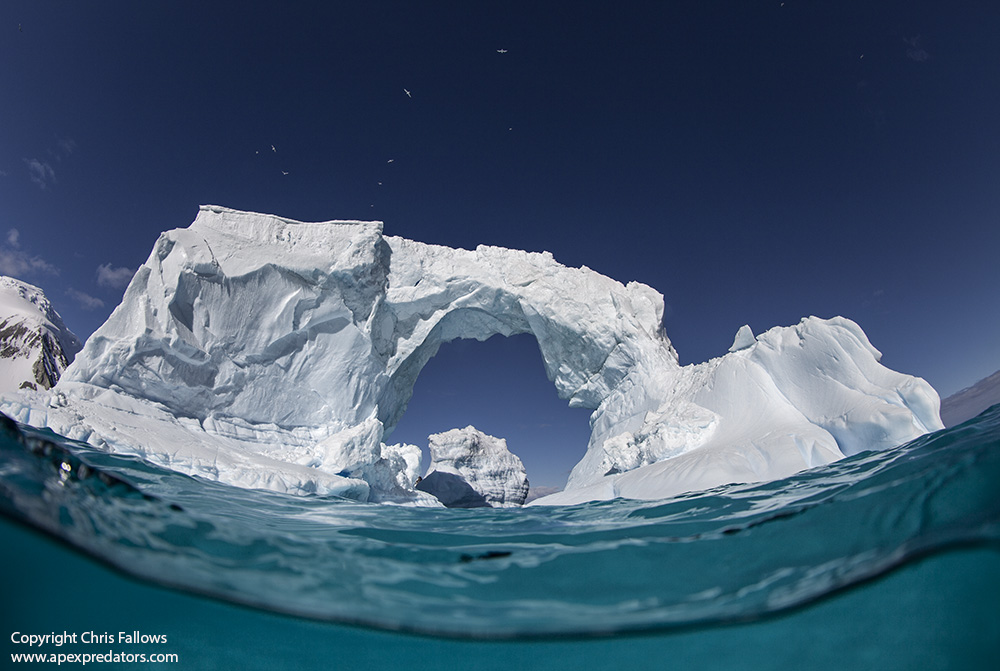 Another absolute highlight was swimming next to penguins entering and exciting the water and the odd ones sailing past on ice chunks. They were nervous of me, I like to think that it was because my swimming style mirrored that of the super predator that feeds on them, the leopard seal, more likely however it was being likened to a strange clumsy creature that they were not familiar with. 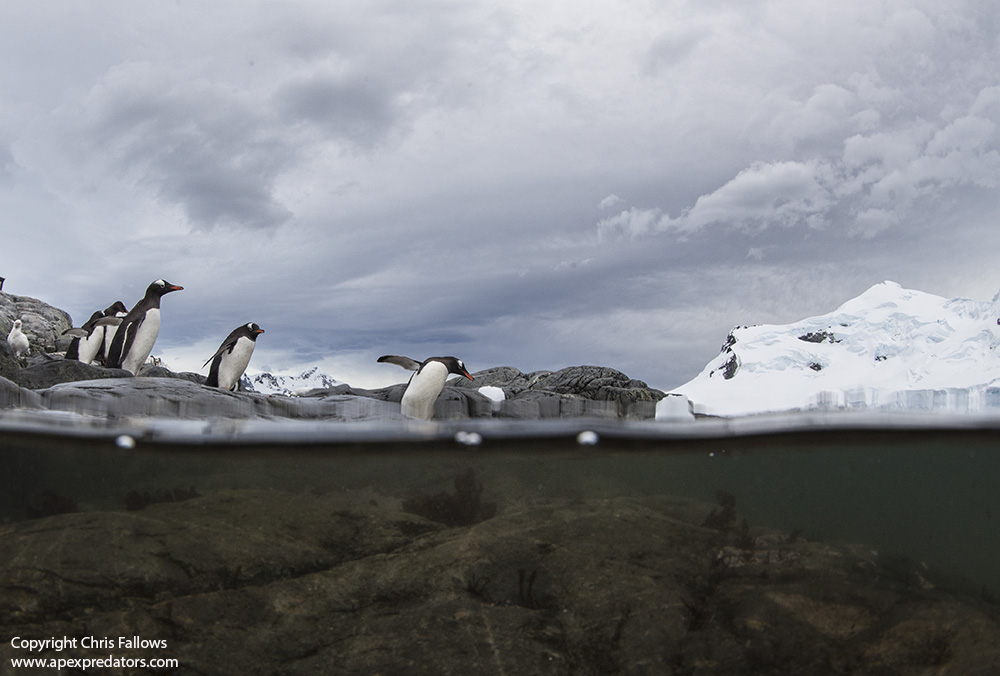 The array of shapes, colors and textures of ice that I was able to look at, touch and swim around was amazing.

Was it cold, yes after an hour it was painfully cold, but was it worth it, for sure!

My Time with “Phred”