On 4 February we heard the very sad news that one of Africa’s iconic Tuskers, Tim, had passed away from natural causes. Not only was he was one of the most famous animals in all of Africa, he was one of THE animals on the Planet… 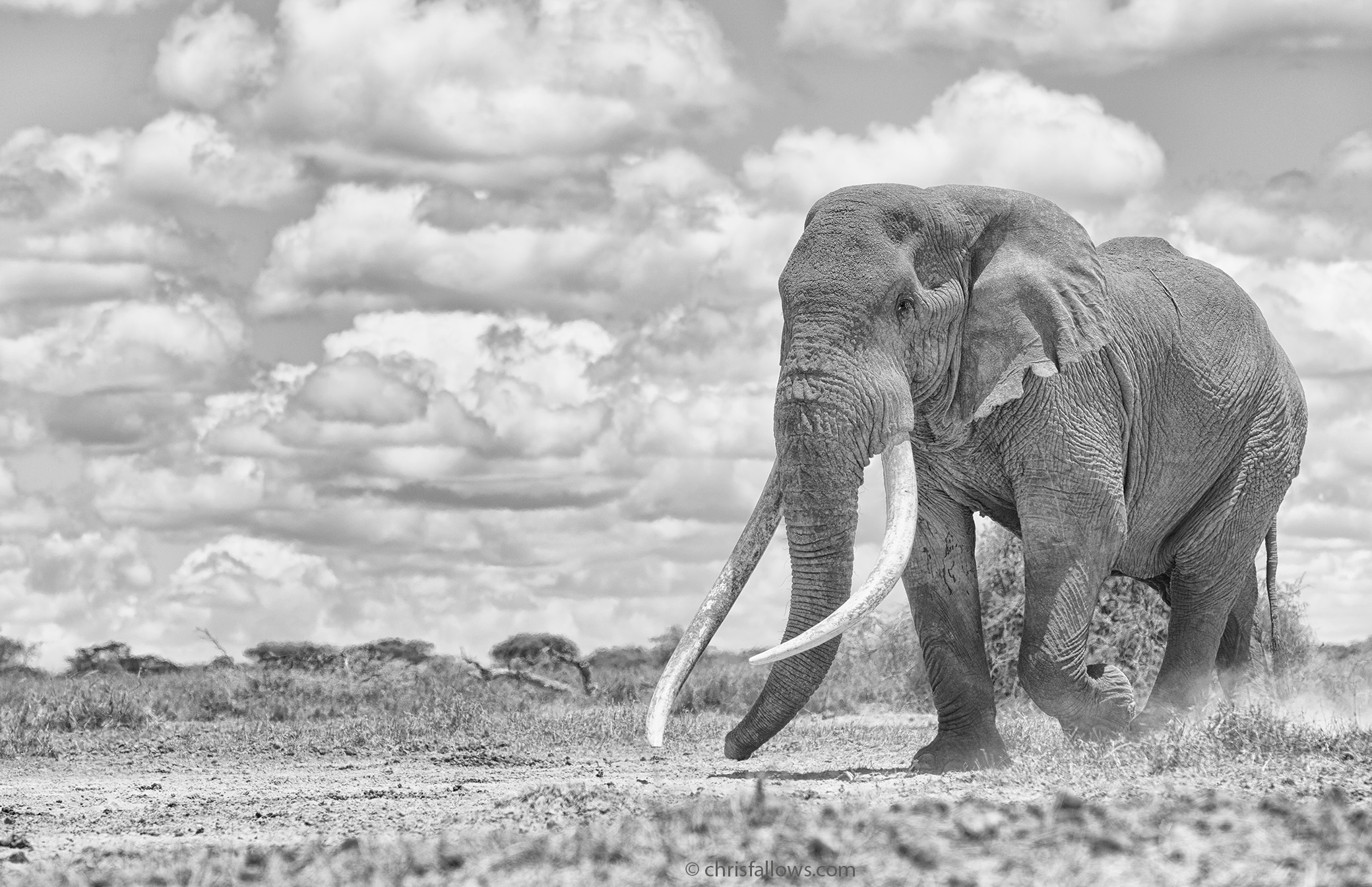 In October 2018 we had the privilege of spending some time in Amboseli National Park in Kenya. It was here, nestled beneath the majestic Mount Kilimanjaro that we had our first glimpse of Tim.

“Early one morning we got a call that Tim had been spotted. It was nearly 1.5 hours away from us and by the time we got there Tim and his askaris had moved further up the valley and into very rocky terrain that was densely vegetated. We manged to slowly work our way through the thick bush with the Landrover and eventually got close enough to see a number of grey shapes feeding in the very dense bush. We could go no further and could only hope that Tim would choose to move towards us. Alas, he did not, and no matter how hard we tried for a better angle all we could make out of him was his large rear-end. The group of elephants that Tim was part of moved off shortly after we arrived so we never got to see Tim’s famous set of ivory. Besides being very disappointing it was actually very humorous that all we got to see of this famous elephant was his behind!

It certainly does give us a very good reason to return to Amboseli.”

It was in large part due to this “missed sighting” of Tim that Chris travelled back to Amboseli in October 2019. On this visit, he was fortunate to have a number of excellent, and very special, sightings of Tim and the other bull elephants that formed his entourage.

It was with mixed emotions that I hear of the iconic and most famous Amboseli tusker Tim’s passing at the age of 50 on the 4th February.

He was arguably the most famous of all the tuskers in Africa.

My first emotion was of tremendous sadness as I had seen this magnificent animal that represented what elephants can look like if given a chance. I remember sitting just a few yards away from him and watched his gentle mannerisms. I personally heard and saw how many local guides loved him, and I saw an elephant that for the most part made a community proud, brought in tourists and created opportunities through keeping him alive.

For me it was such a privilege to be in his company and to spend time with one of the greatest animals on the planet.

In reflection I now feel a happiness for him. He was loved, he was cared for and he was valued, as ALL elephants and creatures should be.

Above all he died naturally where he was born and in the company of other elephants he had known for probably most of his life. He roamed the foothills of Kilimanjaro and I dare say it his spirit now sits right at the top of this mountain that stands sentinel above his home.

Rest in Peace you most wonderful soul.