I have been incredibly lucky over the years to have had the support of Canon. As such I have had an opportunity to shoot with the finest pieces of technology they have developed over the past quarter of a century.

During that time we have seen the advancement from film to digital, and shortly we’ll a major transition from tradition cameras to mirrorless. 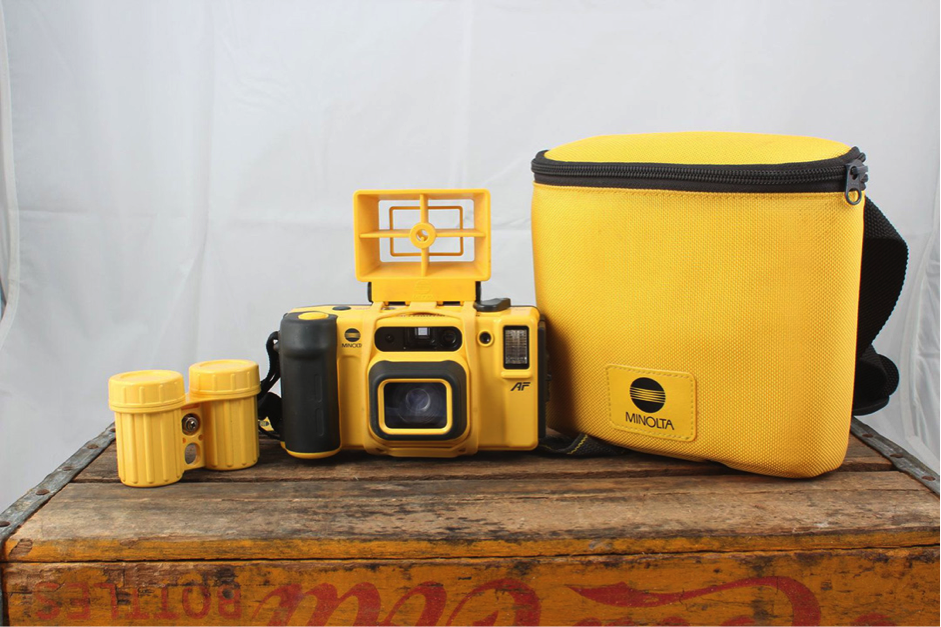 In the very earliest years of my amateur photography I used to use a Minolta camera (sorry Canon!) called a Weathermatic. I loved this bright yellow camera that had an inbuilt interchangeable lens that gave a 35mm and a 50mm option, all at the same time enclosed in a housing waterproof to around 15 feet or so. I used to drag it with me to the fishermen nets where with sand and surf, hustle and bustle, this camera performed spectacularly. I got my first ever underwater great white shark images with it from a cage in the Southern Cape Coastal town of Struisbaai in around 1994 or so, and I was very proud of those photos. Today obviously they are completely unusable and have been superseded in every possible way.

My next big favourite was the Canon Eos 3. I had been observing and recording my first breaching great white sharks and knew I needed to capitalise on the incredible opportunity of bringing this remarkable behaviour to the world. My little Weathermatic just didn’t cut it anymore. I used pretty much my life’s savings to buy the Eos 3. With its 7 frames a second I now had a powerful piece of equipment that for the first time, when coupled with a 70-200mm F2.8 lens, allowed me to freeze these incredible burst of predatory flight and capture multiple frames of a behaviour, which till this point had been more fiction than reality. 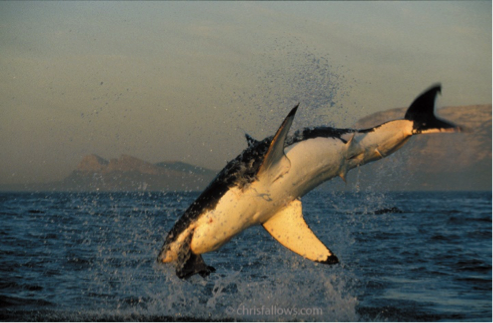 With the success that these images brought me I was able to upgrade to what is still my favourite camera off all time, The Canon Eos 1V. I wish I could have some angel like music playing while I type this as it really was a revelation. This was a Ferrari and could only be compared with the Nikon F5 of the same era.

Shooting a breach with this camera was SO much fun. As the shark jumped you hit the trigger and the mechanical confirmation of your command instantly resulted in a machine- gun-like assault of celluloid the likes of which had never been seen. Often I used to let my finger linger a little longer just to let all around me know I was the man with the big gun. Soon however, all of our serious wildlife photographic guests had upgraded and it became like a drunken bunch of guerrillas shooting cans whilst completely inebriated, such was the gratuitous use of the trigger button on anything that moved!

I clung onto my 1V for way too long before begrudgingly switching to digital. Starting with a Canon 10D, I learnt about the differences between digital and film. Since then I have tried one of every new camera that Canon brought into the digital market.

There were so many great digital bodies that evolved with digital but the Canon 1dmk4 was one I really liked. With a new focusing system much better than its predecessor, and 10 frames per second, this was well suited to the super high speed subject matter I specialized in at the time.

Since 2009, perhaps my favourite digital cameras to date have been the 5D series and I will tell you why as many people would think the 1DX range would have been my first choice. Yes, the 1DX cameras have been incredible and I do have one with me at all times as I have either owned or used all of them. The 5d range and in particular the 5d 3 and nowadays the 5d 4 have ticked all the boxes for my style and subject matter that I currently shoot across multiple spectrums.

The 5d 3 and 5d 4 both fit in my underwater housing. They are both lightweight, so easy to travel with, and easy to carry in tight or dangerous situations where ease of movement is a prerequisite.

The 5d 4 shoots 7 frames per second and has an excellent focusing system. With 30mb and 7 frames per second the camera is therefore fast enough to shoot high speed action and it has large enough resolution for me to create massive fine art prints. It is also a camera that is well priced, well below the 1DX models. So, I have a couple, one set up with a wide angle lens and another with a 70-200mm lens most of the time. 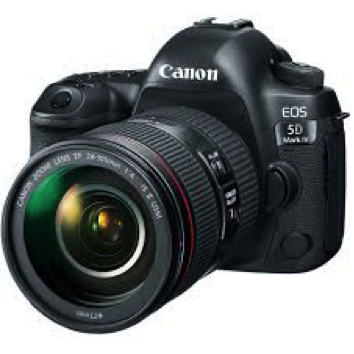 As someone who shoots above and below the water, having a housing that fits multiple bodies in the 5d3, 5d4 and 5Ds and also having a camera that at the cost is a far smaller pill to swallow when you eventually flood your housing, this camera for me ticks all the boxes for the moment.

All of the above however is set to change with the advent of mirrorless and no doubt there will soon be an addendum to which is my latest favourite camera.