This October, The Start Art Fair will be hosting Chris’s premier exhibition of 2021 at The Saatchi Gallery in London where his Collection, titled The 11th Hour will be one of only a few featured solo artists.

After the prestige of being awarded The Global Eye Award 2020, Chris has been allocated one of the largest exhibition spaces this year alongside an exclusive group of renowned artists.

To celebrate this high profile opportunity Chris will be launching, alongside twelve of his best works, what he believes is his finest Whale image taken in thirty years of photographing on the ocean.

A whale’s tail is for many the iconic symbol of the Ocean and ever since Bob Talbot captured the image, Megaptera way back in the 1990’s, it has been the bench mark by which Chris judges his own interpretation of a whale tail.

“The only way to compliment Talbot’s iconic work was to try something slightly different. Instead of the whale raising its tail when swimming away from the camera, my challenge was to get the humpback whale comfortable enough that it would not only swim directly towards me, but also just a couple of meters from me before it raised its huge fluke above the horizon allowing me to shoot from a very low and wide angle. This was the crucial aesthetic element required to produce a truly prodigious work that can stand alongside Megaptera.

The whale achieved this with exquisite symmetry between fluke and sea, which when coupled with moody clouds and ocean, created a work I will struggle to beat.

My quest is to only produce works that exceed or sit alongside the very best represented, and I feel this work does justice to the enormity and sentience of these gentle giants.”

Leviathan is what Chris believes will be a work befitting a representation of one of the world’s most iconic wildlife species.

Joining rank with Leviathan are two more spectacular new works, Defiance and Elements, that Chris believes are powerful and fresh representations of two of the planet’s other natural icons.

Defiance is a bold embodiment of the rigors of being a Matriarch and leader of the herd. Taken on the expansive encrusted dry lakes of Southern Kenya, this work makes a very powerful statement of these sentient creatures’ fight to survive. 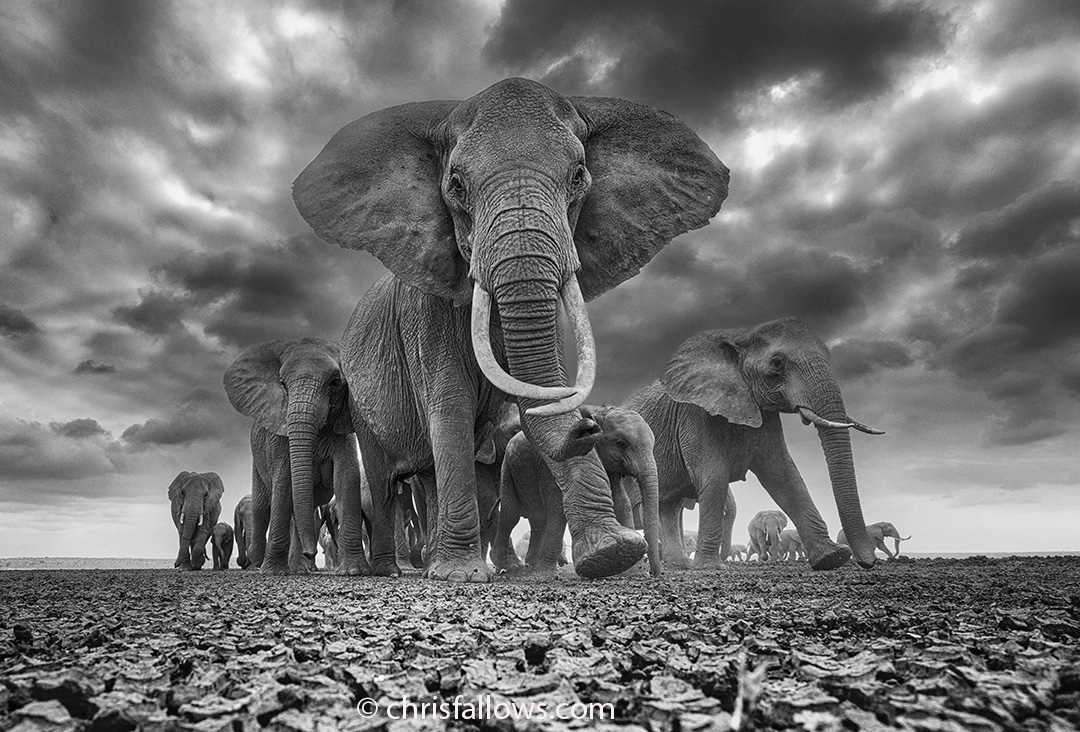 Elements is a surreal depiction of a Great White Shark as it bridges the divide between two elements. Captured in South Africa, the work was created when Chris swam alongside a magnificent Great white shark as it ascended to the surface in what appears to be a marriage between Ocean and Air. It is a fresh and beautiful alternate perspective of the ocean’s most iconic predator. 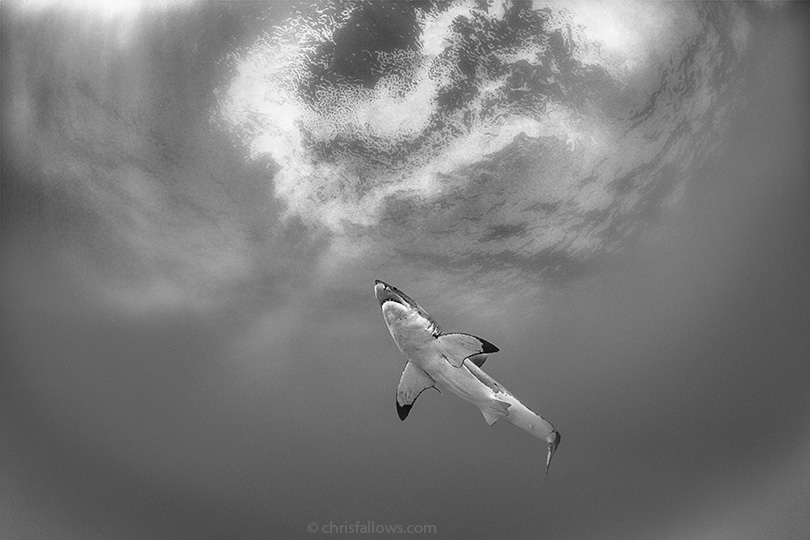 The Start Art Fair is run from 13 to 17 October 2021 and Chris is excited to be at The Exhibition in person.

Tickets can be booked here.


Written By Chris and Monique Fallows On September 17, 2021