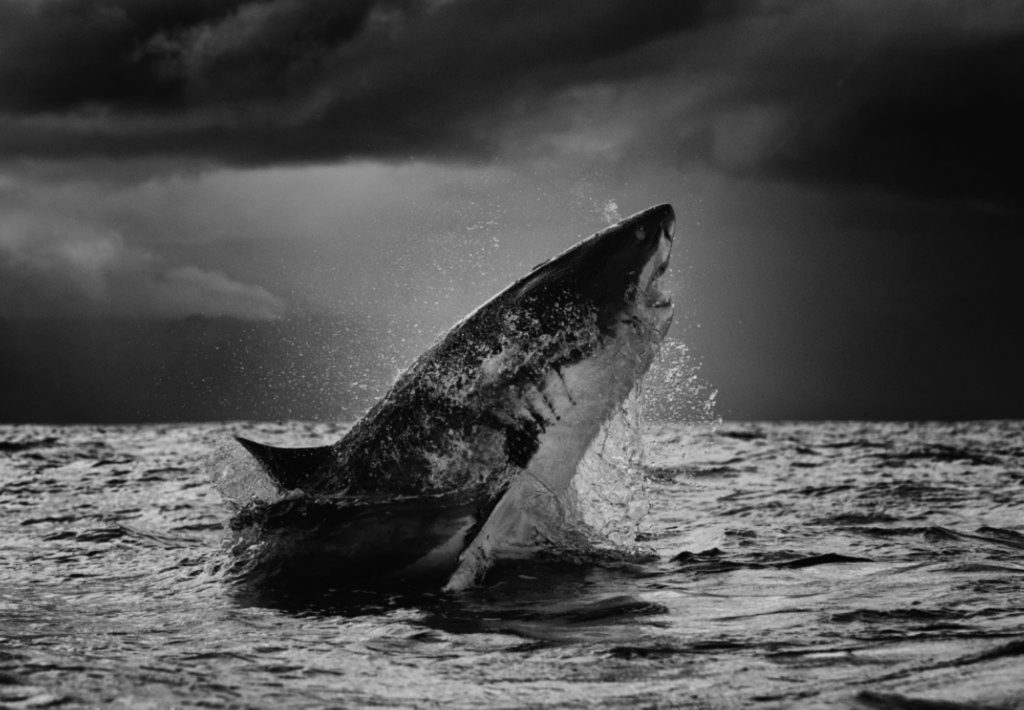 The Cape of Good Hope at the South Western tip of Africa was described in 1495 by Bartholomeu Dias as Cabo Tormentosa or “The Cape of Storms”. Less than a hundred years later the famous British explorer Sir Francis Drake rounded the same landmark and described it as ‘A most stately thing and the fairest Cape we saw in the whole circumference of the earth’.

Swimming in the shadow of this famous landmark it is perhaps a perfect marriage that The Fairest Cape of Storms waters are home to the legendary Breaching Great White Sharks.

The Great white shark, like the region’s highly variable weather and conditions, is a creature of many personalities, from calm and benign to ominous and volatile.

As a person who loves emotion in my imagery, I always get excited with the approach of big weather systems. Raw, wild weather stirs up a sense of feeling alive as the wind shrieks through the boat’s riggings and spray careens off its decks. Yes, you feel vulnerable, yet in this vulnerability is a deep sense of awakening and the whole of you seems that much more in tune with your surroundings.

With the approach of deep low-pressure systems we learnt that Great Whites intensify their hunting of Cape fur seals. It is as though these two great forces of nature combine and all who encounter them watch in awe or flee in fear.

I always hope that on the day just after a storm has passed I will be able to use the post-storm canvass as my staging ground to capture the countenance of a great white shark. The fact that this huge shark had a gaping wound, suggesting the perils of its predatory endeavours, either with its prey or its own kind fittingly adds to the dramatic lives these sharks live as well as the tempestuous environment in which they operate.

The Storm Lord is one of the very few times I feel I have scratched the surface of doing justice to the raw beauty of a super predator living in a wild and volatile environment.