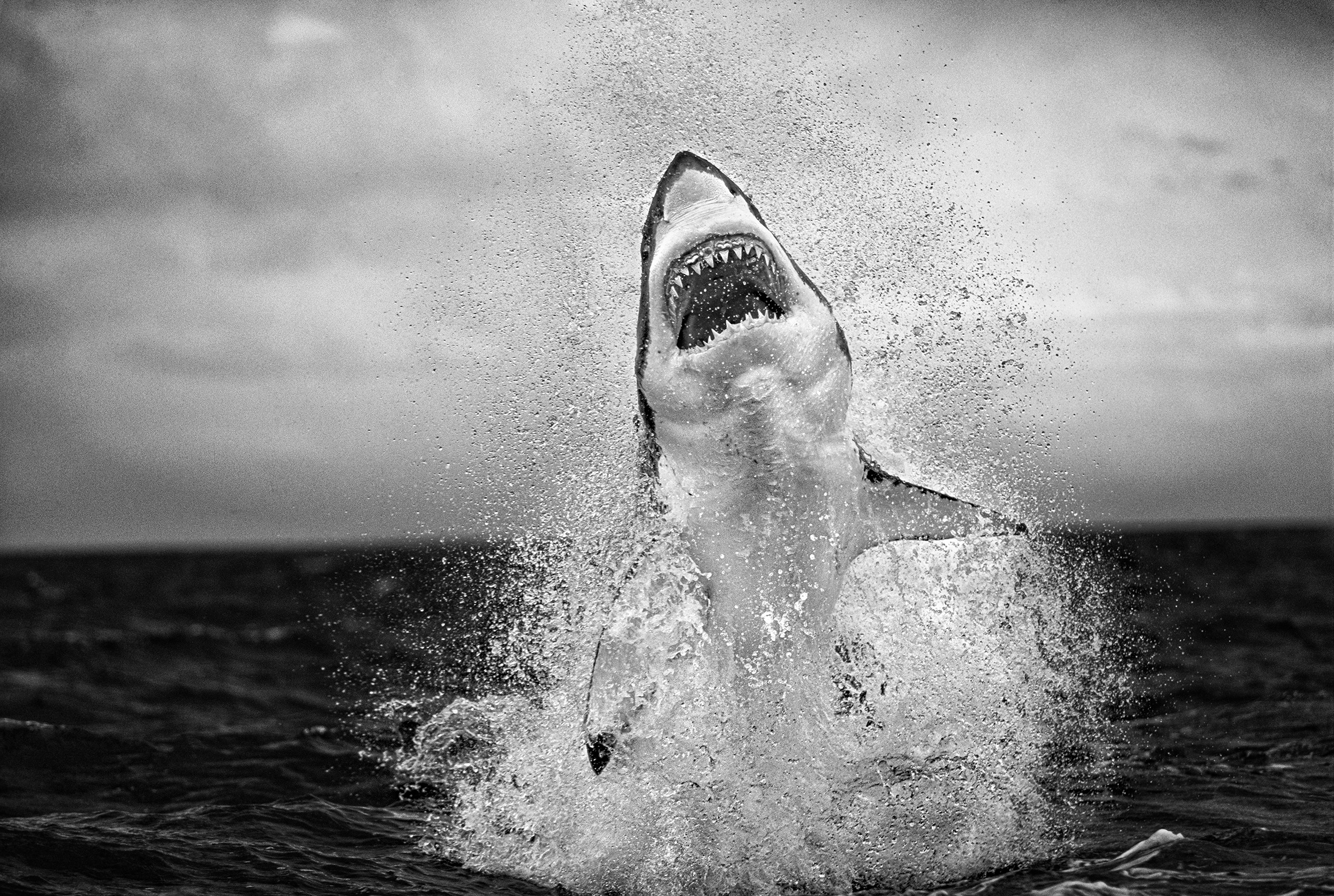 I shot this image in 2001 in the heart of Seal Island’s prime predation zone, and very quickly the iconic shot climbed the tiers to become the world’s most famous shark photograph. With well over 500 covers, publications and high profile uses, there are few wildlife images that rival its impact.

I remember the day I shot the image like it was yesterday. After hours of waiting expectantly for action, we were slowly losing hope.

Holding a big camera and lens in front of your face for hours on end, day after day, week after week, takes its toll. The action lasts just a split second, and being at almost water level, I have absolutely no warning when something might come rocketing up through the ocean’s surface.

Still, I had a lot going for me. At 28, my reflexes were as sharp as they were ever going to be and furthermore I had recently upgraded to the Canon IV which, at the time, was the world’s fastest camera. Nevertheless, nothing can quite prepare you for a fully committed, high-speed breach: one second you are staring at water and the next a magnificent super predator is flying through the air. The success or failure lies in how quickly you pull the trigger.

Remember, this was in the time of film: no scrolling on the back of your DSLR to see what you got. When it happened, I knew what we had just witnessed was amazing, and the playback of the film crew quickly confirmed the details of the breach.

Being late on a Friday, we had an agonizing wait until Monday morning while the film was processed at the lab, and I spent the weekend contemplating all my possible mistakes. I knew the impact of this image would be in the first split second of emergence from the water when the shark had its mouth open.

Had I been quick enough to catch it?

When I entered the Creative Colour Lab in Cape Town on Monday morning it was to a round of applause from the technicians. the first image was soft, so no good, but then came the second– if there was ever an image I had to really be on the button for, this was it … SHARP! The IV had nailed it!

We have never seen, before or since, seen a breach to rival Air Jaws. 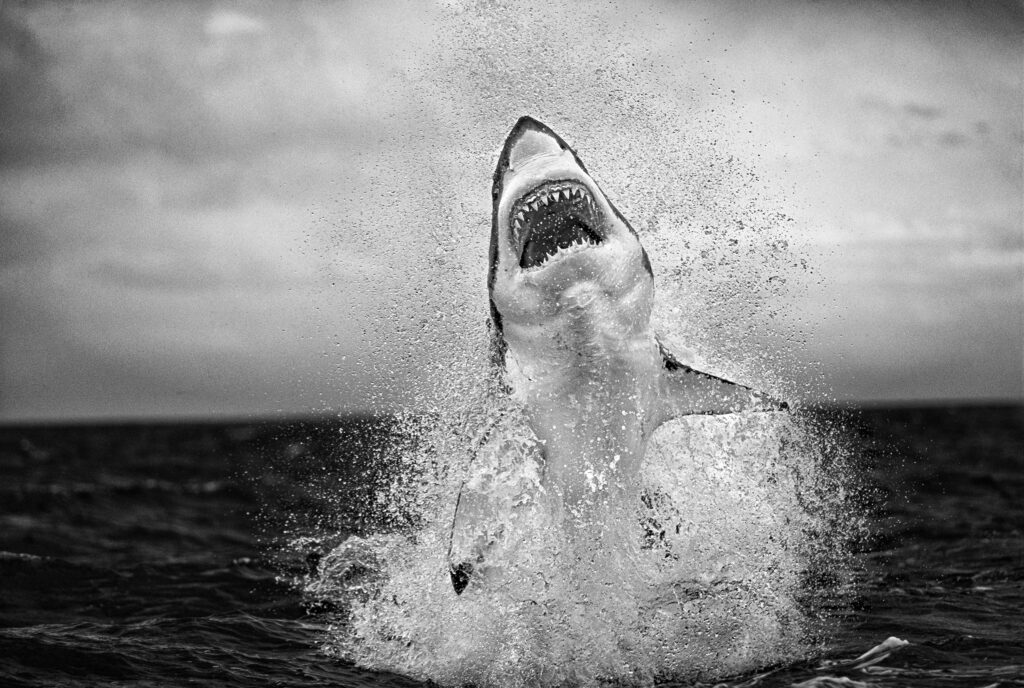