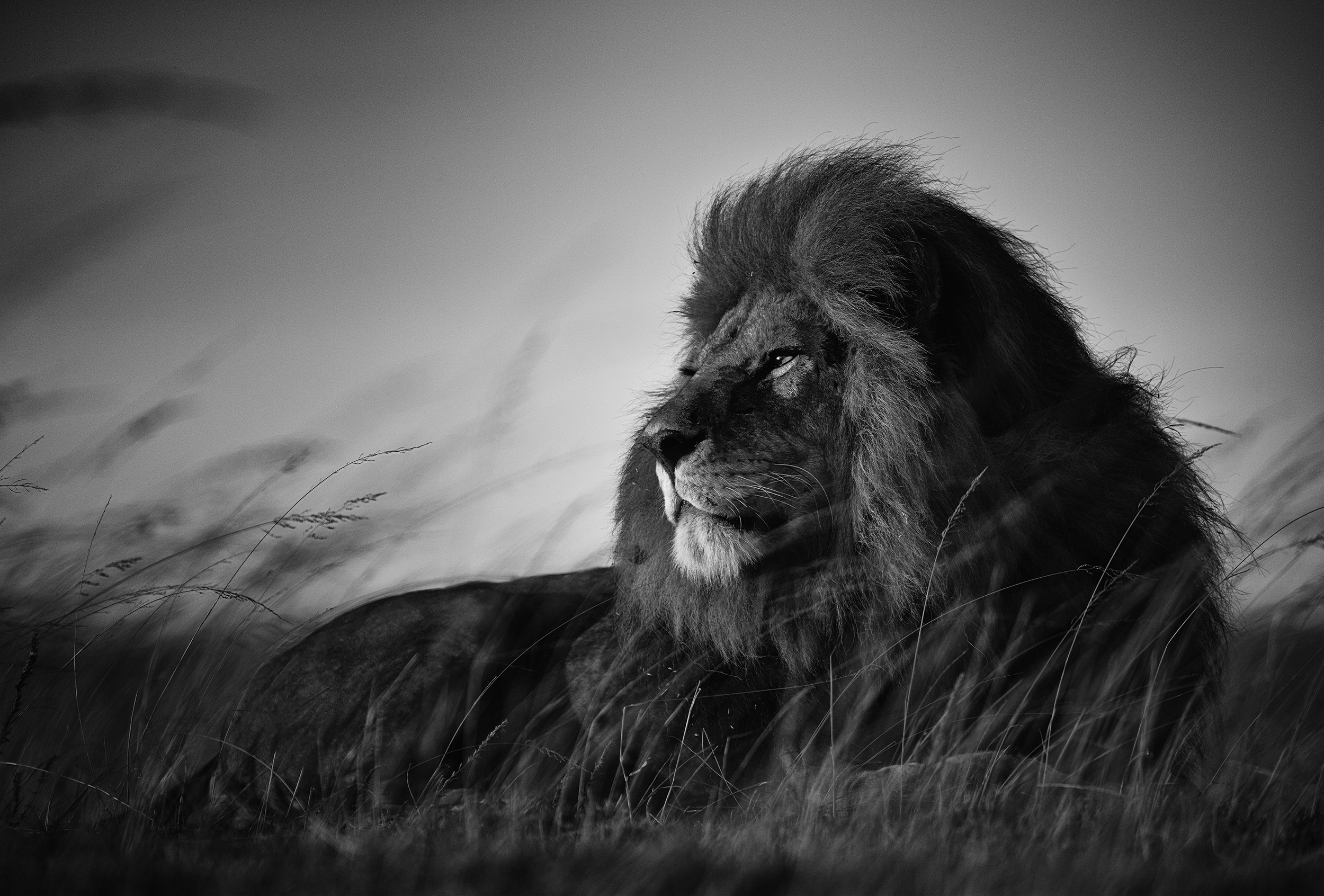 The Serengeti in Tanzania must surely be the epitome of what most people romantically perceive Africa to be: wide open spaces, verdant grasslands and abundant wildlife in every direction.

The Serengeti is home to an astonishing density of carnivores, with some lion prides exceeding a staggering forty in number. These prides feast upon the influx of plains game passing through their respective territories. Conversely, during the intervals between migrations, times are tough as pickings are meagre and competition high.

With this in mind, it is even more remarkable that two male lions were able to dominate the most sought-after territories within the Serengeti for more than half a decade. In size, but particularly in stature, Bob Marley and Bob Junior were impressive. Quite simply, they were probably two of the most iconic and beautiful lions to be seen in all of Africa.

I remember very well the morning that I took this image. Our excellent guides had heard a lion roaring not far from camp, and we quickly abandoned any thoughts of an early breakfast, instead heading out to find the predator responsible. As the sun was rising on a perfect morning complete with low-hanging mist and a very gentle breeze, we caught sight of what appeared to be an orange halo surrounding a creature sitting in a patch of gently-waving grass.

I could scarcely believe the incredible size of this lion’s mane and the magnificence of his stature, made even more spectacular by the rising sun.

I got into as low a position as I possibly could and started shooting, all the time aware of him looking over my shoulder, his golden orbs glowing in the morning light. Suddenly, he heard something and started to roar. I can still feel how that roar went right through me, resonating to my very core. In the distance a roar came back in reply: his pride was nearby. Bob Junior got to his feet, stretched, and then disdainfully headed through the grass and over the hill.

It was just so thrilling to be in such close proximity to one of Africa’s greatest lions on a perfect morning on the Serengeti plains, and I felt like a journalist who had been given the opportunity to photograph a portrait of Mandela, Churchill or Roosevelt, such was the fame of this lion and the privileged opportunity which had been afforded to me. 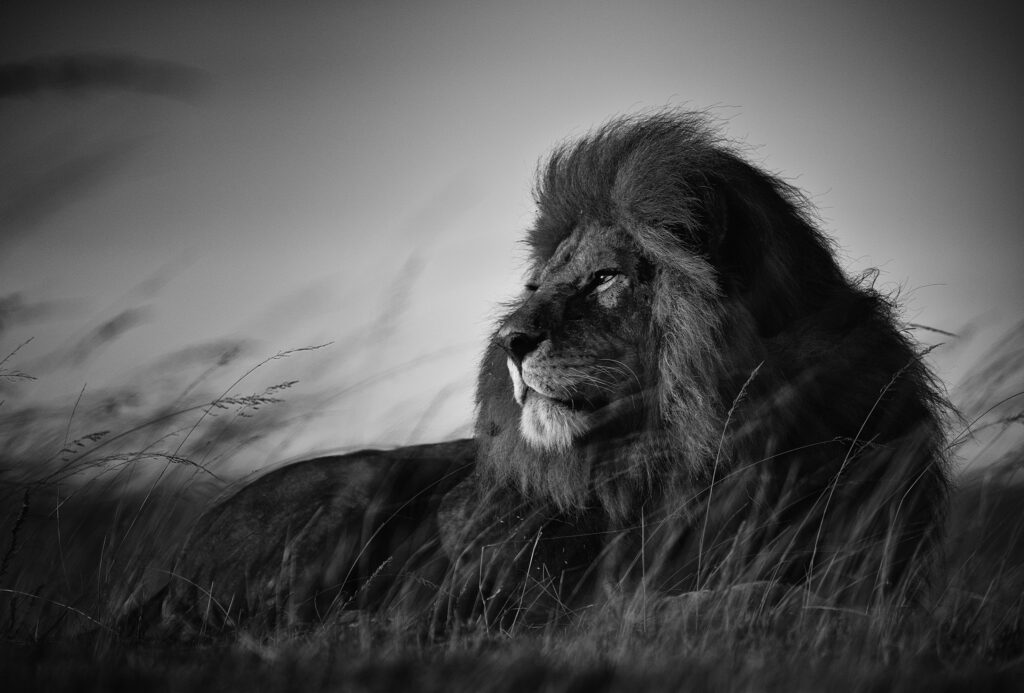