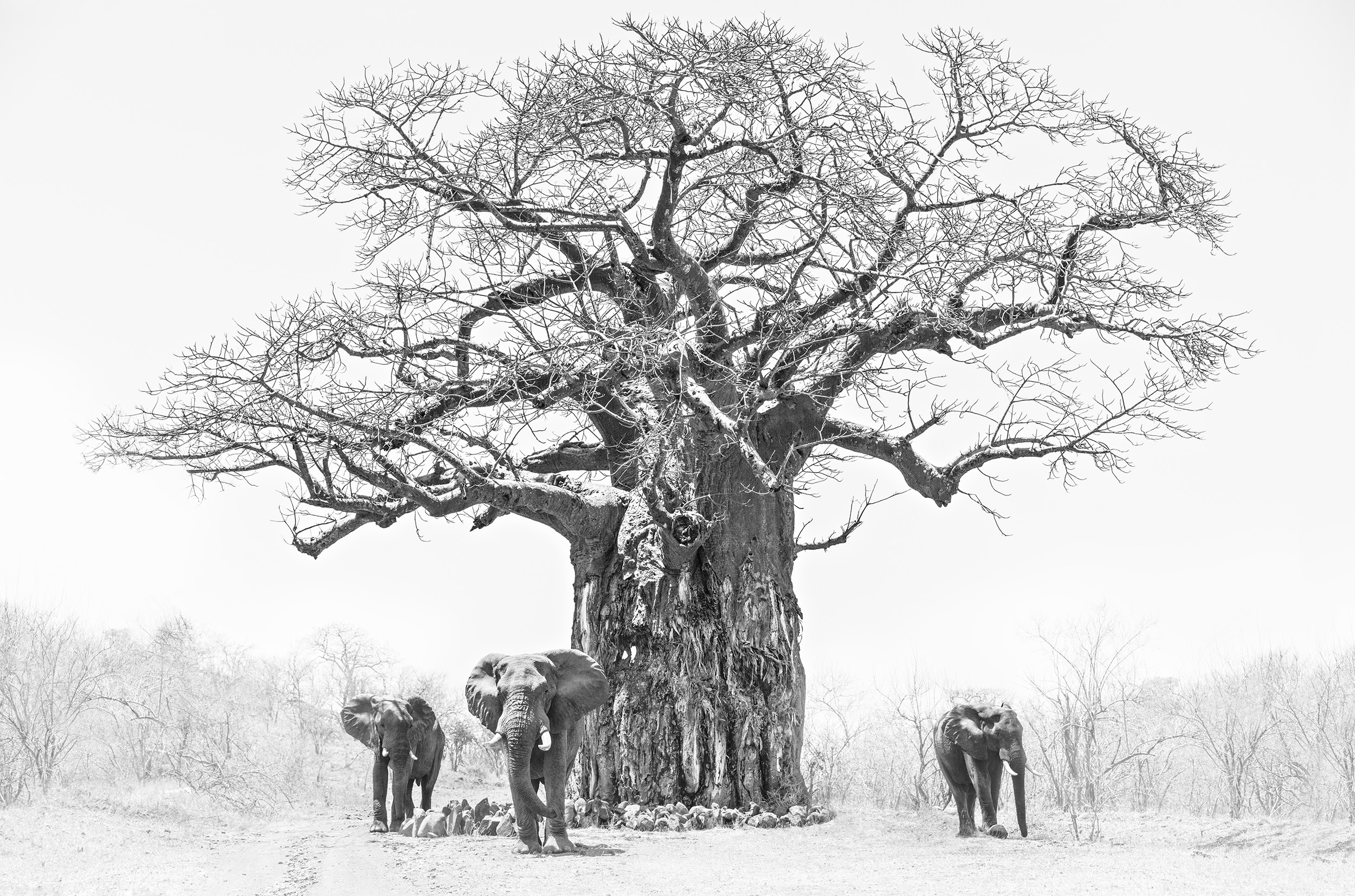 Africa is a continent defined by its wildlife. Without this wildlife, Africa would be a desperate soul. The plethora of species, multitude of ecosystems and vastness of the open spaces is breathtaking. Yet amongst this abundance there are creatures and species whose standing elevates them to a prominence that others cannot attain.

Weighing up to 6,000 kgs and standing 4 meters tall, the mighty African Elephant is the world’s largest land-based mammal. Elephants are giants in every sense of the word, from their size to the way they defend and protect their families.

The Elephant is not an aggressive soul but neither will it tolerate a threat. It is a wind that blows where it wants to blow, sometimes calm, sometimes volatile; a wind that brings change to landscapes. The Elephant is Africa’s Giant. Its footfalls may be silent, but its absence if it becomes extinct would be thunderous.

As iconic as the elephant, the enigmatic Baobab tree has stood sentinel across the African bush veld for millennia, with age limits believed to be anything between 1,700 and 6,000 years. It is as much a ubiquitous feature of Africa’s landscape today as it was for our ancestors.  Bushmen called it the upside-down tree as they believed God was angered by this tree and planted it with its roots skywards.

Up to 45 meters in circumference and 37 meters high, the baobab stands so tall that even the elephant is cooled by her shelter.

Standing at its base and looking upwards, you get a real scale of the magnitude of this amazing living organism. You look at a tree that saw Arab slave traders leave messages on its bark; you see a tree that is selectively harvested by African tribes to make amazingly decorative floor mats. Above all, though, you see a tree that shares a relationship with the elephant, for wherever they coincide, hardly a single baobab has escaped the touch of the tusk.

In times of drought and hardship, the baobab is a vital source of water and food. When elephants feed on and under the tree, their dung nurtures the tree’s roots. It is thus, perhaps, fitting that these, the two largest of all Africa’s giants, find themselves together as sentient pillars of a mighty continent.

As a photograph, this image represents two iconic symbols for our mighty continent that is Africa. 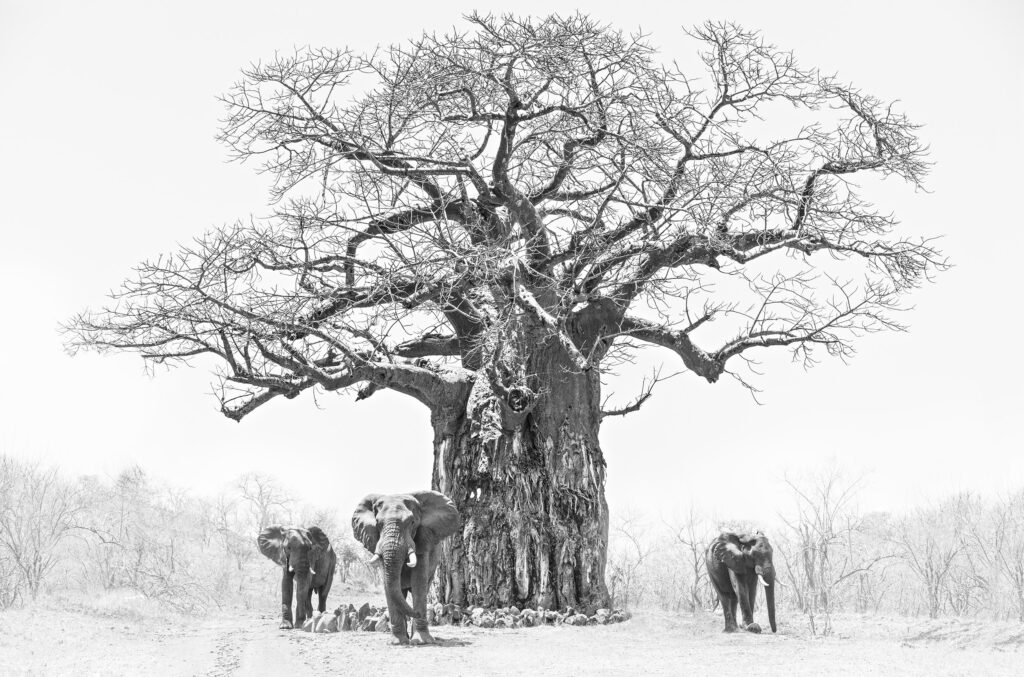