As humans, we love to anthropomorphize animals, giving them human names and seeking in them features we can relate to. You build up a love for individuals; you see in them traits that embody special or unique characteristics of people whose names you have bestowed on them.

It comes as no surprise, therefore, that people who work with elephants do just this. These naturalists, scientists, guides and locals have come to know and love the elephants who are part of their greater community and represent everything that makes their area special. When these elephants happen to be tuskers, then their name is that much more famous.

In Kenya’s Amboseli National Park there are roughly ten tusker-sized elephants left – that’s all. On the foothills of Mount Kilimanjaro, at Amboseli’s southern point, is where the world’s greatest ever tusker was shot in 1898, with tusks weighing 102 kgs and 97 kgs respectively, both over 3 meters long. The general yardstick for a tusker is tusks of at least 45 kgs, so an elephant with 90-kg tusks on either side must have been incredible, and the fact that it was killed is even more tragic.

It is not surprising that some of Amboseli’s elephants carry those giant tusker genes. Today’s remaining tuskers are highly guarded and protected, not only by armed guards but also by the societies in which they have achieved fame.

Although Amboseli is home to several very large elephants there are a small handful who really stand out, and two in particular. One is Tim, and the other is Craig, and occasionally they hang out together.

These two bulls are both docile gentlemen who, despite constant attention, calmly go about their daily business. After much unsuccessful searching on two different expeditions, I felt incredibly humbled to come upon these outstanding living records of natural history right in front of me. What was even more fortuitous is that I was able to get a fantastic clean image of Craig from only a few meters away as he signaled his intent to me to pass by where I lay.

I remember putting my camera down just after this image was taken to watch him walk past me only a few meters away, all the time thinking just how lucky I had been for a fleeting moment to share the same footfall as this incredible animal known as Craig. 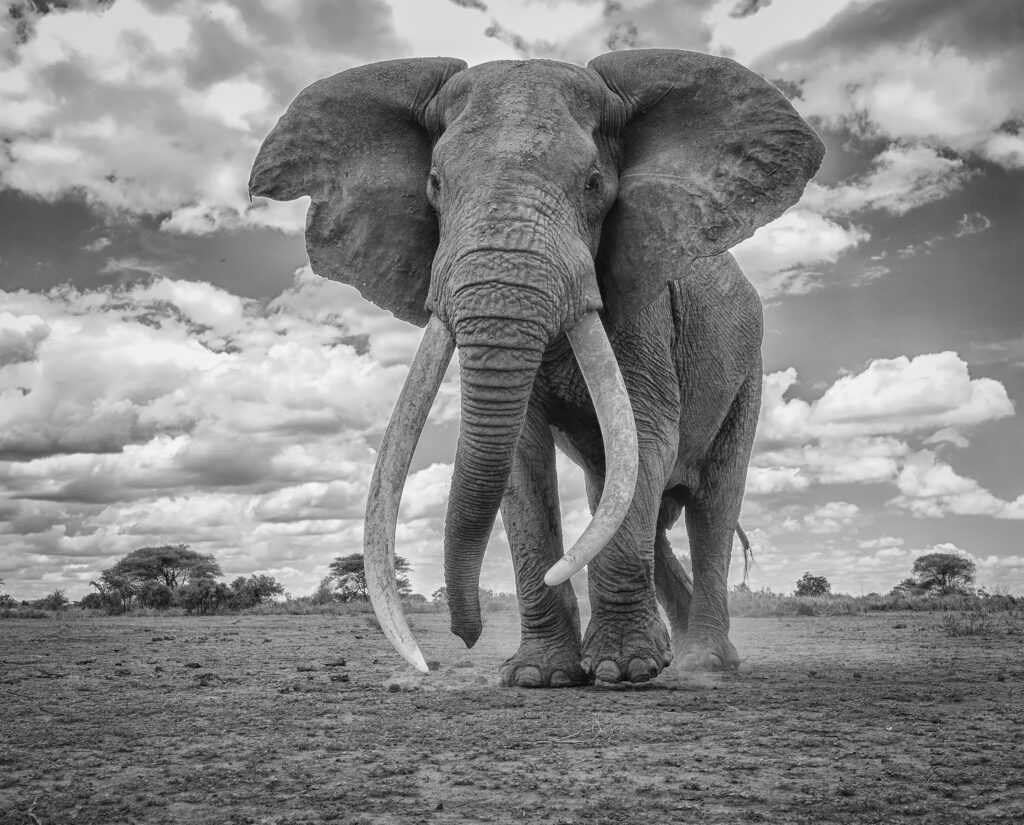