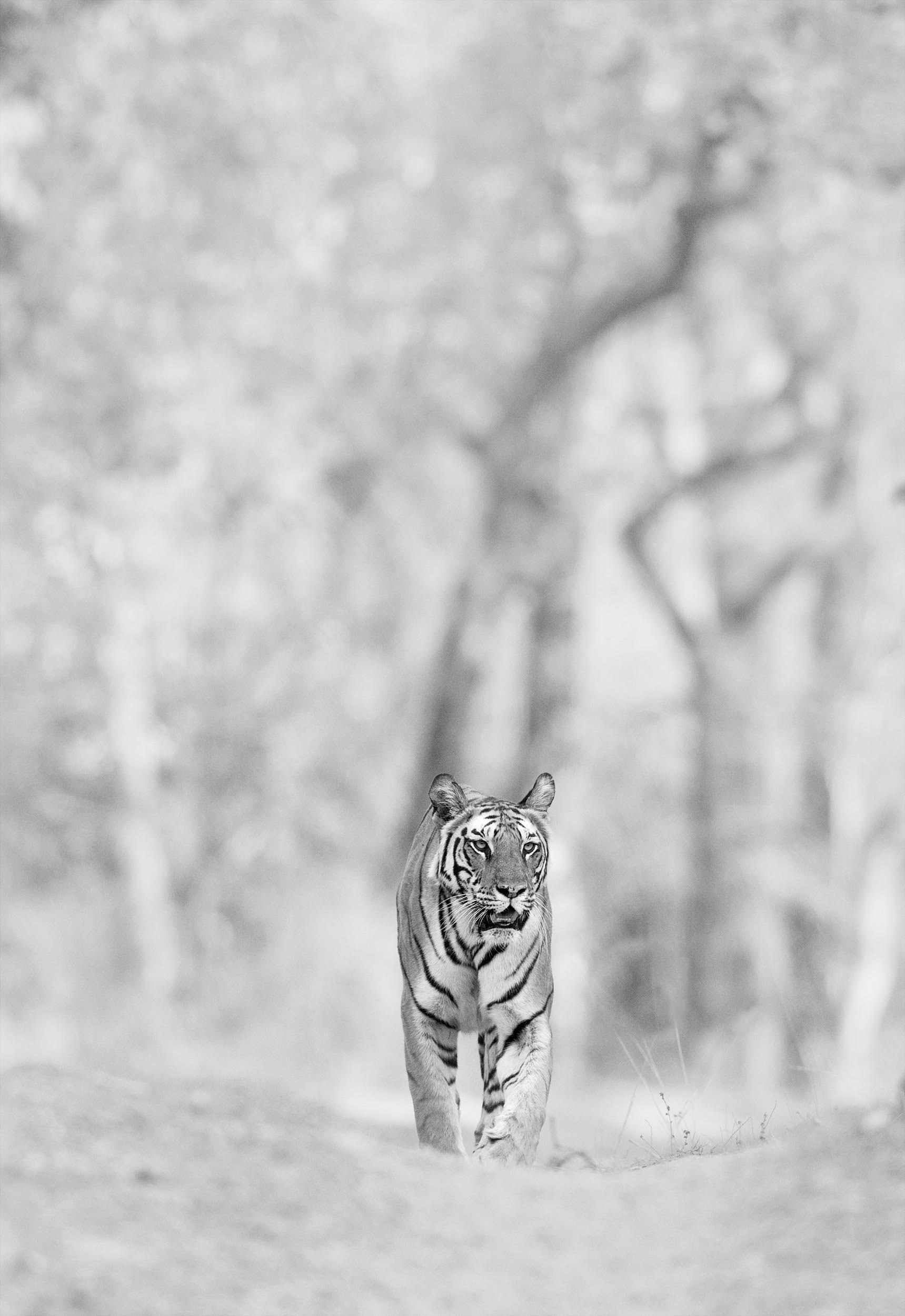 Tyger Tyger Burning bright in the shadows of the night.  William Blake 1794

Whilst the sights of India’s Jungles excite it, is the sounds that never leave you.

I had undertaken four trips to India to try to capture a work that in some way told a story about the mystique that surrounds the world’s most regal of predators.

To have an opportunity to photograph a tiger out in the open is really tough. But, to have this along with a complimentary background is even tougher especially with the typical crowds of cars’ full of people that often suffocate tiger sightings.

As such we chose to take the forest roads less travelled and where pickings were generally slim. However, if you did have good fortune, it was all yours.

As with so much of our work, be it with predators in the ocean or on land, we rely on the prey to reveal the predator.

The citrus colored hues of the Sal trees wrap their most revered hunter in a cloak of deception as she cryptically moves as one within its vegetative embrace.

At first the forest is still, her padded foot stroke anonymous. Like the darkest of streets in the darkest of nights you know something is there. You do not see it, but you feel it … those hairs on the back of your neck, the sudden awakening of a sense you don’t understand, it’s there.

It is the silence itself, where there should be voice, that is the unspoken portend of the coming of a hunter.

With a single jolting note a spotted deer breaks the silence, a verbal sniper’s bullet to the tigress’s ambitions. From aloft the langur adds its primal voice, the deception is shattered and all join in. The sambar, the peacock, the squirrel the fowl, they all add their chords of dissent to the verbal offensive, the jungle has spoken as one.

I sit, I watch, I see nothing, but hear plenty.

Suddenly, where seconds ago the cast of my gaze was deceived, I now see a slash of white followed by another, before me a Queen of impossible beauty undresses.

Beguiling and bewitching she strides forth, the burning tyger of the night has morphed from shadow into light. 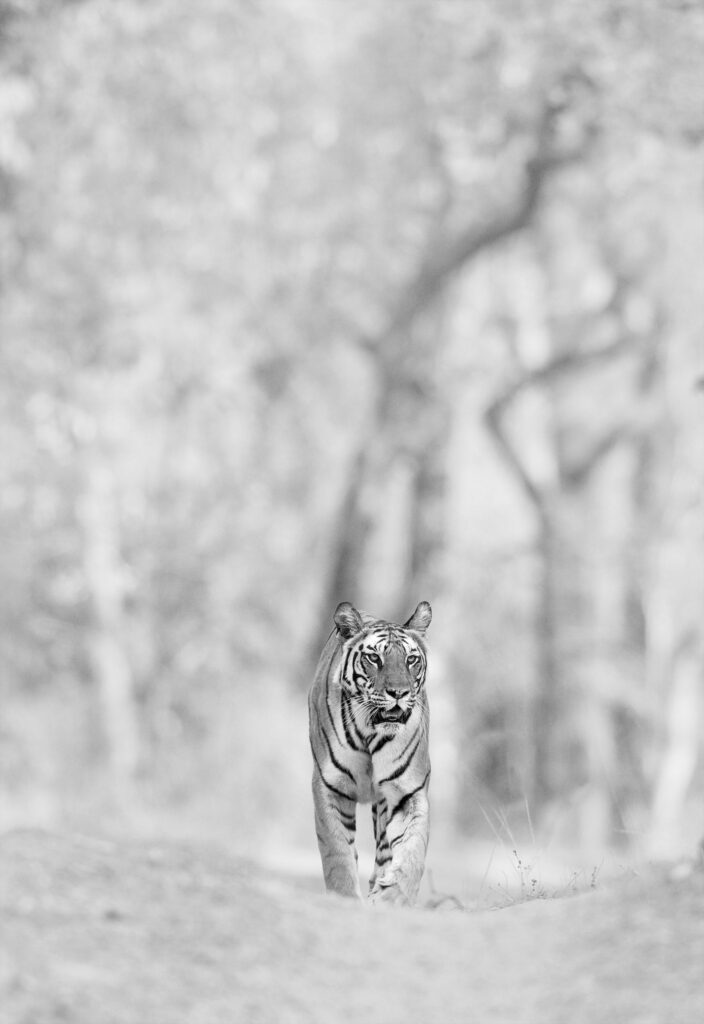